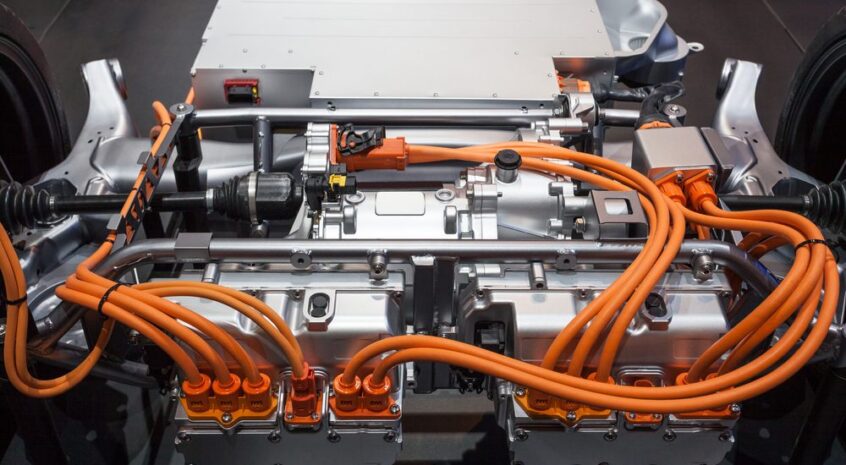 What are we doing on hybrids and electric vehicles? was question that was brought up one of our quarterly strategy meeting. Surely, we had been actively working on technology assessment on conventional vehicles (such as assessment of thermal management strategies and waste heat recovery), but our strategic advisor was concerned about the sharp rise in the number of hybrids on the market. There is a flurry of activity in the industry on developing better hybrids and cheaper EVs. Even if there was a question mark on the 2025 EPA CAFÉ standard in North America, the world’s largest automotive market, China, is looking to leapfrog into electric vehicles to address its pollution problem. Our strategic advisor said we wouldn’t want to be caught off-guard completely by this disruption. He was right. If you read the news recently, there have already been some winners and some high-profile losers.

Although this conversation was a couple of years ago at CSEG, this is a concern that is continuing to take place among the leadership at various automotive OEMs and Tier 1s.

Since that conversation, CSEG has made great strides in developing relevant hybrid and EV high fidelity populated and correlated models. I’m happy to share the latest addition to our models, the 2016 Chevy Volt Gen II plug-in hybrid vehicle. This vehicle represents the state-state-of-the-art plug-in hybrid vehicle technology and has two motors with five modes of operation between the two motors, a 18.4 kWh battery, and and a 1.5L engine. What makes it rather complex is the five modes of operation between the motors and the engine as the power flows through the double planetary gears. 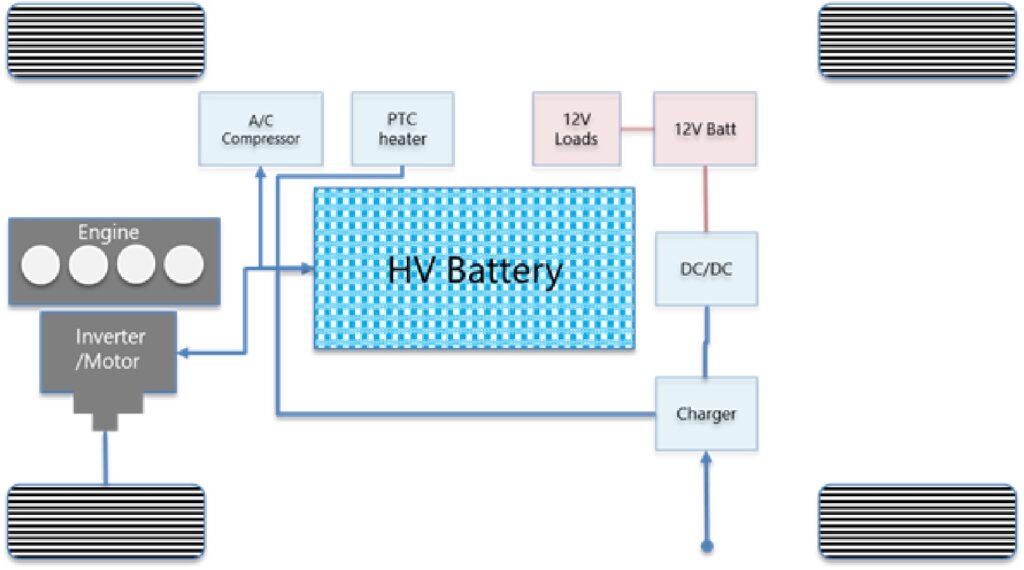 We have developed a high-fidelity forward looking plug-in vehicle model which has been deployed through PowertrainLive, our cloud-based vehicle modeling tool. In many ways, we had no choice but to build a high-fidelity model for this latest generation of hybrid. We couldn’t simplify our models or try to develop backward facing vehicle models as the level of complexity, control and interdependence is enormous. Besides, the added benefit of high fidelity model means that we have a high-fidelity driver model which can mimic autonomous driving features and help study the direction that will take the industry…but that is another trend to discuss another day.

Let’s talk a bit about our latest 2016 Chevy volt model. First, we characterized all the major components for full transient behavior. This meant that we needed to characterize the battery resistance, capacitance and open circuit voltage as a function of battery state-of-charge and temperature. Secondly, we developed the efficiency and performance characteristics for motors and transmission were also developed. Look at one of our battery and vehicle model correlations below. 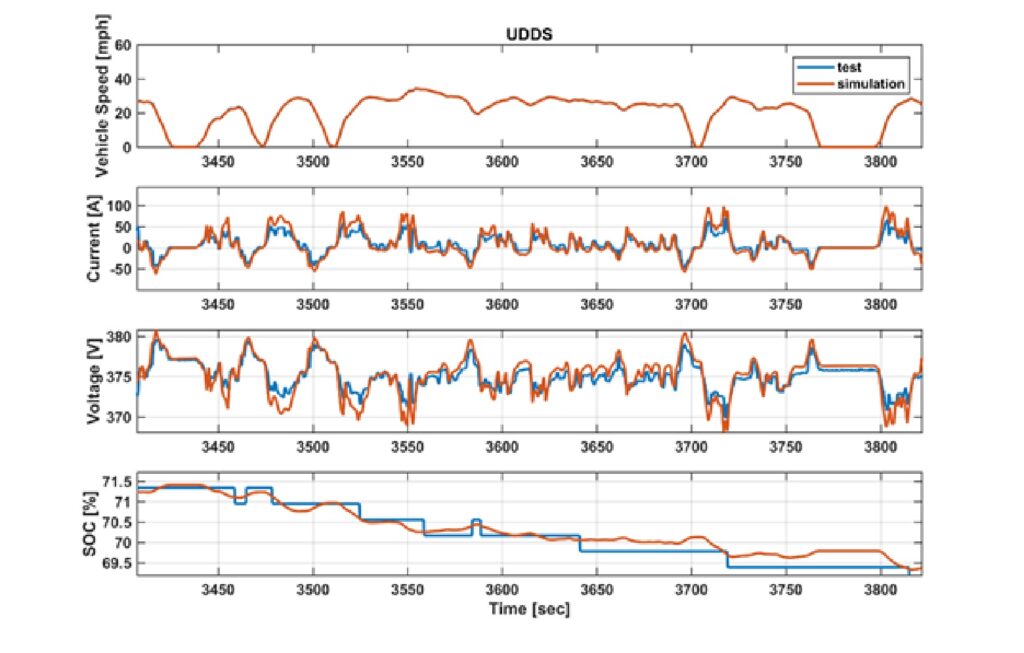 The 2016 Chevy Volt has been correlated in for UDDS, HWFET, US06, and various steady state road load operating conditions. This ensures that the model will work under highly transient and steady state conditions, giving confidence to develop new technologies based on this platform.

When developing this model, we went a few steps farther by calculating instantaneous battery head loads, Power Inverter Module performance, motor heat loads, engine fuel flow, estimated exhaust mass flow, and exhaust temperatures. These key parameters generally cannot be directly measured without expensive instrumentation and tests and, so the model gives us an invaluable insight into the energy balance of the vehicle with a click of a button. This enables a wide range of technology assessments from battery technologies, thermal management and control strategy.

One last thing I love about our Chevy Volt model is the large battery capacity in the vehicle. This means that the vehicle can run on EV mode for entire UDDS, WLTC and HWFET drive cycles (It can run almost eight cycles back to back on a single charge actually). As a result vehicle turns from a PHEV to a EV with a simple switch (CD to CS mode).

Ping us if you want to know more about the details of any of the sub-systems or to poke holes in our model. We’re proud of our high fidelity correlated models and happy to talk more about them.